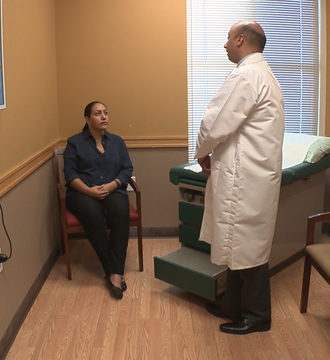 SAN ANTONIO – Washing your hands with soap and water is considered the better alternative these days with an antibiotic caused and resistant bacteria called C-diff on the rise across the country.

Clostridium difficile growing in strength and doctors are turning to a rather odd sounding method to heal patients of its oftentimes deadly effects.

Regular hand washing is effective in preventing its spread, but once it’s inside your intestines it can grow with the use of antibiotics to the point that a fecal transplant is the only effective cure.

One patient who knows the pain of C-diff is Regina Canales, a young substance abuse counselor, who began suffering from diarrhea last fall.  By February, she was surrounded by a prayer circle and praying to God not to take her so soon.

“If it hadn’t been for my faith, I don’t think I would have made it. It got really bad,” she remembered.

She recalls one 24-hour period where she went to the bathroom more than 100 times, eliminating mostly blood instead of stool. “The cramping was so intense in my abdominal area and back, I just couldn’t get out of bed,” she said.

Dr. Desh Sharma, a board-certified gastroenterologist from Stone Oak Gastroenterologists is one of a few doctors who perform fecal transplants in patients in these extreme cases.  He said unfortunately, they are becoming more prevalent. 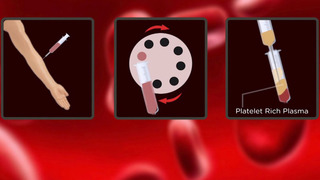 From Heart Surgery to Marathons!

He cites a recent study that showed hundreds of thousands of cases, and 29,000 deaths in just one year of tracking C-diff.

“It is not a cause of disease, until it takes over after the good bacteria are killed by antibiotics,” Sharma explained. C-diff can lurk inside the intestines for years quietly, then bounce into full strength when antibiotic use is introduced.

This is troublesome, because once the bacteria begins to flourish, the patient goes on yet more antibiotics, some of which are simply not effective during relapses.

Sharma said fecal transplantation becomes the best alternative because it is effective in stopping a bad bout of C-Diff. “Eighty-five to 94 percent of patients have a cure with one treatment and you will start to see an improvement in 3-5 days,” he said.

While there are two donor banks in the U.S., the best donors is an intimate, long-term partner or relative of the patient who has no history of gastrointestinal illness or recent antibiotic use.

The procedure is much like a colonoscopy, with some pain following thereafter for a couple days. Other than literally stopping the growth of C-diff bacteria, researchers have also discovered it alleviates depression and obesity symptoms, although there is no explanation as to why.